Let’s see what right in front of us.

Today I’m posting a devotional from the book Steve Baker wrote, O Taste and See. Each devotional is related to one or more of the core needs I teach about often and that are taught in my book, Five to Thrive. He has seen their importance and wanted devotionals as another way of helping parents and children meet their needs in healthy ways.

During these challenging days, we can use our time well to become more aware of God in our every day and in our ordinary places. Let’s look and see! Let’s hear and listen! We may not be able to go to a zoo or museum. Let’s take advantage of what we have and what we’re surrounded by. After you read this, I encourage you to share it with your children.

AWARENESS – knowing and recognizing that something exists; finding wonder in and noticing the world around you

“Besides this you know the time, that the hour has come for you to wake from sleep. For salvation is nearer to us now than when we first believed.” Romans 13:11

Have you ever struggled looking for something? Maybe you lost your keys or wallet. You searched all over the house, thinking of anywhere you may have left it, only to realize it was right under your nose in plain sight. Many people are that way in their relationship with God. God has chosen that we must know Him through faith because any other way would distort the beauty and genuineness of such a unique, love relationship. If God were actually physically present and visible, everyone would believe in Him, but they might not love Him. They might not choose to willingly follow Him. As a matter of fact most people would not love Him; they would want to manipulate their relationship with God to get whatever they wanted out Him. They would treat God as the proverbial ‘genie-in-a-lamp’ or ‘Santa Claus.’ So God has chosen that “the just shall live by faith.”

Many individuals have simply decided that since they cannot ‘see’ God, they won’t believe in Him. This reminds me of the person who continues to go buy more resources at the store because they are unwilling to look around their house to find the supplies. They end up wasting their money and time, unaware that they had what they needed all along.

God, however, has made Himself known to us if we will just become aware. His creation speaks of His existence and design. “The heavens declare the glory of God,” the psalmist proclaimed. From the majestic mountains and grand oceans we see the power and strength of God. From the intricate design of bird feathers and butterfly wings to the consistency of the water cycle, we see God’s genius. The similarity of design speaks to a single Creator.

Jesus met a woman at Jacob’s well in Sychar who struggled in her faith. She believed in God, but did not know Him personally. She was the type that searched for someone to fill the void in her life instead of God. Yet she never found satisfaction or joy in other relationships; rather she just bounced from one relationship to another. As Jesus sat with her telling her about the eternal life she could have by faith in God, she was unaware that He was the Son of God and source of her fulfillment. Jesus expressed to her that God could be known spiritually if she would only believe. When Jesus revealed that He knew the longing of her heart and multiple relationships in which she had been involved unsuccessfully, she suddenly became aware that He was the Messiah, the ‘Sent-One’ from God.  It was as if she woke from her sleep and could see clearly. What she had been searching for her whole life was right in front of her. God was only waiting for her to trust in Him by faith. Are you aware that God is waiting to have a relationship with you and satisfy your heart?

Make a list of the many aspects of God’s creation that reveal to you His existence. Visit a zoo, arboretum, or farm and explore the wonder of God’s handiwork first hand. Read a book on God’s creation evidences as a family like, Not a Chance by R. C. Sproul or numerous other books that can found online or in stores.

Knowing God personally and being aware of His presence with us provides great security. The fact that God wants to have a relationship with us and has gone out of His way to make Himself known to us, like Jesus did with the woman of Sychar, instills the confidence we need to approach Him. 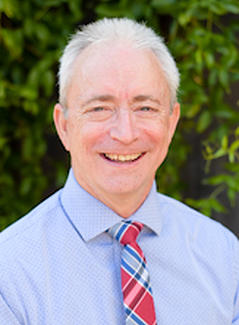 Steve Baker and his wife, Joyce are two of Kathy’s thought-leaders. They work closely together. Steve has served in ministry for almost 40 years. With his heart for discipleship, he has worked as a senior pastor, associate pastor, teacher, coach, and hospice chaplain. Steve has a passion for families, mentoring believers, and discipling parents to walk in this world humbly and boldly as warriors sharing the powerful message of the gospel to all people.

Give Now and Get
20%OFF
All Books

Because of the culture, Millennials, those born after 1982, value relationships and experiences.